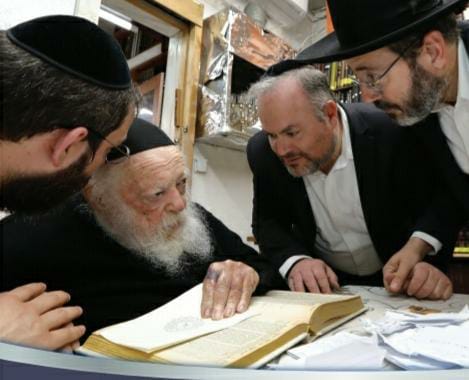 I was a child when the renowned Chazon Ish passed away in 1953.  I vividly recall my father sitting me on the staircase and solemnly declaring.  “Today is a new world – a world without the Chazon Ish!”

Today, after the passing of Rabbi Chaim Kanievsky, nephew of the Chazon Ish, I feel the same.  I tell my children and grandchildren, “Today is not the same as yesterday.  A world without Reb Chaim is a different world!”

As a resident of Bnei Brak, I was privileged to live relatively close to his home in Rashbam Street.  There, he lived and spent his days and nights, from dawn to dusk and beyond, deeply immersed in his Torah studies.  On a number of occasions I climbed the rickety stairs to speak to the Rebbetzin, his wife Batsheva Esther Kanievsky.  The home was incredibly simple and sparsely furnished.  Living on the barest minimum, Reb Chaim was a role model for the world.  His home radiated purity, holiness and a boundless love of Torah.

Although geographically close to Reb Chaim, the truth is – every Jew, wherever he lived, felt his proximity.  With veneration, he was accorded the title “Gadol HaDor” – leader of the generation.  You did not have to be religious or belong to a specific group to consult him.  He accepted all who came to his door – although he had almost prophetic vision regarding the background of many who stood in his room.

In addition to asking for his blessing or requesting prayers on behalf of the sick and suffering, countless individuals and communities consulted him regularly on major issues.  Many times, it was a life and death medical decision.  He could always be approached.  Often, our friends and relatives abroad would ask us to turn to Reb Chaim with specific queries. His decision was unquestionably accepted.

Our Sages write – one who flees from honor, honor pursues him.  In a world where people spend millions for a fleeting headline that is forgotten almost immediately, Reb Chaim, as he was called with adoration and respect, fled from any vestige of honor.  The material pleasures of this world were meaningless to him.  He did not even know the names of the streets in his vicinity.  He lived on another planet.

Yet, although he spent every waking and sleeping moment engrossed in the vast ocean of Torah studies, he possessed enormous Ahavat Yisrael – a love of every Jew.  He understood that to help his fellow Jew, he must take time away from the only occupation he knew – his passion for Torah study.

After the passing of his father, the Steipler Gaon, in 1985, Reb Chaim, known as a humble scholar, was not interested in taking his father’s place as leader of the Torah world.  But, when he became aware how devastated Am Yisrael was at the loss and the desperate need for leadership, he reluctantly accepted the role that was thrust on him.

His modest life style did not change an iota. He remained deeply immersed in his Torah studies, briefly looking up from his book to accept the endless lines of people who stood outside his room, along the stairs and in the street.  They plied him with sheilos (questions) and he answered.  They had doubts and he soothed them.  They needed comfort and he consoled.  Occasionally, his sense of humor would be expressed and he brought a smile to those around him.  Whilst he uplifted the hearts of broken-hearted Jews, he could not be distracted from his beloved Torah – between each person who entered, he would return to his studies even if only for a moment.  He was known as “Sar HaTorah” – a prince of Torah, a tribute that was royally fitting.

In order to help his fellow Jew, he associated himself with numerous charities.  It was not always dignified or befitting but if it encouraged people to give charity, he always cooperated.  To help people in need, he would meet and be photographed with the directors of large and small charities. On one occasion, he told his son that he did not have a spare ten minutes to prepare a Torah lecture.  But to help his fellow Jew he found the ten minutes, and much more!

His words were not meaningless mantras.  Each night, he prayed to G-d that the blessings he showered on his fellow Jews should be fulfilled.  He maintained a vast correspondence and many young boys, today grown men, treasure the postcards they received from him answering their Torah questions.

It is for all this, and much more, that some 750,000 people flocked to his funeral on Sunday, standing crowded in the biting cold, mourning the loss of their leader, their father figure.

Many more, all over the world, were following the funeral online.  In Bnei Brak, the Rabbis declared the ultimate mark of respect, bitul melachah – all shops and places of work were to be closed until after the funeral.

It is written that when a person passes on to the next world, his outstanding qualities hover in the air, available for anyone to grasp.  Perhaps, just perhaps, we can be inspired to focus on the unique ahavat Yisrael of Reb Chaim.  Let us try to leave our comfort zone, to go out of our way when a fellow Jew needs our help.  We can watch our speech so that even remotely we do not hurt a fellow-Jew.  I will certainly try and I hope that others will be inspired to do the same.

May Reb Chaim’s holy soul, now reunited with his wife Batsheva Esther; his father, the Steipler Gaon; his uncle, the Chazon Ish; and his father-in-law, Rav Eliyashiv; bask in the glory of Gan Eden.  Surely, in his exalted place above, he will intercede on behalf of Am Yisrael to bring them solace and comfort during these turbulent times.  May his memory be for a blessing and a lasting source of inspiration to us all. 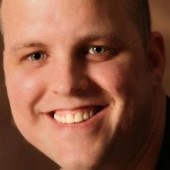