The Taxi That Rests

A man in our community passed away a few years ago at the age of 60.
In our day and age, that means that he was at the prime of his life.
Especially in a religious community, where he had recently married off a few children and had quite a few more left.
Recently, a story came up about him that left me with goosebumps…

“I entered a taxi the other day. I noticed a little plaque in Hebrew glued inside the taxi stating “This Taxi Observes Shabbat”. Aaron, being a very

cheerful guy, clapped the taxi driver on the back and proclaimed, “Kol HaKavod to you that you keep Shabbat! Isn’t it just the greatest day of the week!?”

Somewhat abashedly, the taxi driver exclaimed that it was actually his taxi who rests on Shabbat, not exactly him.

“Really? How is that?” Aaron wondered aloud.
“Well, my story goes back a few years. My name is Benny. I once drove a religious man like you here in Bnei Brak who asked me whether or not I keep Shabbat.
When I answered in the negative, explaining that I absolutely cannot afford it due to the fact that I have to support a growing family, the man became very
serious and thought for a moment. He proposed me the following deal: ‘Please don’t work on Shabbat this month. Then subtract your income this month from what
you normally make. I will personally pay you the difference. Please give me your bank account details so I can make a transfer at the end of the month.

Observing the religious man’s earnest offer and his tangible love of mitzvahs, I decided to accept his offer. The desire to pay a complete stranger a
monthly stipend from one’s own pocket to encourage him to keep a mitzvah is not something to be taken lightly!

‘Ok, it’s a deal. Give me your name and number and we’ll be in touch in a few weeks.

He told me his name was Moshe Cohen and gave me his phone number. The rest of the taxi ride was uneventful.
When the 30th of the month rolled around, I took stock of my earnings that month. Even though I worked 4 days less, I had miraculously not lost out at all! I
decided not to call up Moshe. I didn’t want to bother him unnecessarily.

When the end of the following month came my way, I was shocked to discover that my income had remained stable and not sustained any losses!
Months and years went by and I never had to call up Moshe to reimburse my salary!

Tell me, do you by any chance know him?”

Aaron was sad to relate to him that Moshe had actually passed away a few years prior.
Visibly shaken, the taxi driver noted that even though Moshe was gone, his legacy was definitely alive and well. Not only did this taxi rest on Shabbat, but
Benny’s sons’ taxis now rested as well!”

When I first heard this true story, tears streamed down my face as I understood the power of good. Moshe, in his great humility, never told anyone about
his ‘deal’ with the taxi driver- who knows how many such ‘deals’ he did pay each month! But his words and actions created a great Jewish upheaval in Benny’s
family and brought them closer to Judaism and a more spiritual lifestyle.

Ways To Express Your Affection For Israel 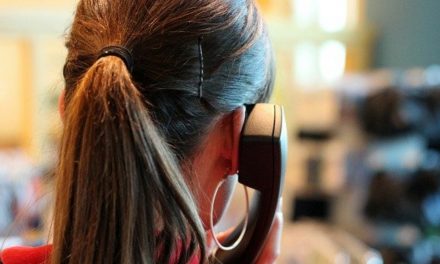