From Mourning to Celebration 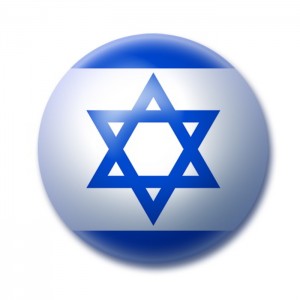 Some say that we can only really appreciate the good after having experienced the bad. I’ve always had trouble with that theory- why can’t good just stand on its own? Do we only enjoy dessert because it comes after the broccoli? I, for one, enjoy dessert no matter what time of day it is.

Every year on Yom Hazikaron, Israeli Memorial Day, Israel in its entirety and the Zionist community across the world mourn for all of the Israeli soldiers who fell in battle, and all those killed in terrorist attacks. The entire country mourns together- the radios are filled with eulogies and memories of loved ones who perished, the television with stories of heroes who gave their lives for Israel, the schools spend the day at ceremonies commemorating those fallen. Twice- once the night before when the day officially starts, and once the next morning- a siren is sounded, and the entire country freezes in a moment of silence and remembrance.

And then night begins to fall and the mood does a sudden 180-degree turn- cheeks are wiped dry of tears and song and dance replace the silence of the precious day. It is Yom Ha’atzmaut– Israeli Independence Day- and now, instead of mourning, the entire country is in celebration. I always wondered- how can they transform so quickly? One minute in tears and the next waving flags and parading through the streets?

Last year, I spent Yom Hazikaron on Mount Herzl- a mountain in Jerusalem where hundreds of fallen soldiers are buried. There, I walked amongst the graves and heard stories from their loved ones. There were sobs heard from every corner, families and friends leaning on each other’s shoulders, the religious in quiet prayers. By late afternoon I made my way over to a small courtyard where hundreds slowly gathered and evening came. We sang there songs of mourning and once night finally fell- almost like a miracle- we erupted in dance and song. The entire night was filled with festivities- dances and parades and celebratory singing was heard down every street. It was then that I understood that it is not that we can only appreciate the happiness because of the sadness, but that we only have that goodness because of the sadness that came before it. It is only because the soldiers heroically gave up their lives, that Israel is able to stand as a country as it does.

At many ceremonies on Yom Hazikaron, candles are lit in memory of those who died. Last year, volunteering in an elementary school in Israel, I was privileged to take part in one of the most powerful ceremonies I have ever seen. On Yom Hazikaron morning the entire school gathered in the auditorium where, in the center, stood ten or so students ranging in age. They performed a skit, led us in slow song. And then, a fifth grade student appeared. She stood by the microphone and began telling the story of her brother who was killed in the second Intifada. She then turned around and lit a candle- “In memory of my brother,” she said, and the entire school was in tears. She was lighting the candle because it represented her brother- he too shined, she told us. He too had a fire in him that lit up the world. And so, candles are lit around the world in memory of all of those who once shined.

The Star of David

One of the things that strikes me most about the contrast and transition between Yom Hazikaron and Yom Ha’atzmaut is the Jewish star, the Star of David. At every Yom Hazikaron ceremony I have ever attended, there is somewhere a black and white Jewish star. When looking at it, one sees and feels a loss- as if the star itself is in mourning with its country. And then, only a few hours later, the same star is found what seems like to be everywhere, but this time its in a blue the color of the sky, and is paraded through the streets and is danced with and sung with and celebrated. It is almost like the star itself holds in it two different worlds- everything that Israel has lost, and also everything it has become.

There are also those who, instead of dancing in the streets on Yom Ha’atzmaut night, will be found in their homes like all other nights. Many ultra orthodox Jews do not celebrate the Jewish state. Though believing that ultimately Israel is the holiest country, they believe that the way to obtain it as a Jewish state is solely through the hand of God. And so, they see Israel today, having been established and willed by people (many of whom having been secular), as being illegitimate as a religious Jewish country. Because of this, you will not find them mourning on Yom Hazikaron, or celebrating on Yom Ha’atzmaut. They still wish for the security and establishment of Israel, but not in the way that it has been established now.

I hope that one day, we will not need the broccoli before the dessert, and Yom Ha’atzmaut will be able to be celebrated without the tears that come before it.

Traveler’s Guide to Lighting the Menorah 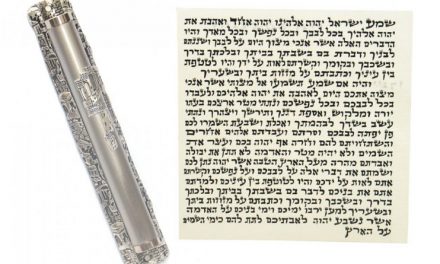 How a Mezuzah saved his life