We recently moved to the city of Bnei Brak and there are many, many fascinating things about this city. I could tell you about the elderly Yemenite neighbors with their leathery, wrinkled faces who sit outside playing dominoes and clucking at the gleeful children who run by with their side locks bouncing in the sun. I could tell you
about the stench of chickens that enveloped the city prior to the High Holidays due to the ancient Kapparot ritual that many religious Jews carry out so as to atone for the sins of the previous year. I could tell you about the beautiful sense of family-focused community that is so prevalent in the city, especially on Friday nights when families with five, six, seven, eight and more children walk together as they return home from their Friday night meal in the car-free streets.

Charity Boxes in all their Forms

Instead, I am going to talk about the charity boxes. Yes, really. I have noticed that it is hard to miss the charity boxes. There are at least five charity boxes attached to each bus stop in the city. There is a food donation box in front of most supermarkets that makes it easy for residents to pop a non-perishable food item in as they exit the supermarket with their weekly shopping. There are special charity boxes here that I have yet to see in any other city in Israel that are essentially glorified bollards that fill two roles- one to stop cars driving on to the sidewalks and the other to encourage passer-bys to give charity.

Bnei Brak Charity Boxes and what they Reflect

I find the countless charity boxes fascinating. Many are quick to point out that Bnei Brak is one of the poorest cities in Israel. This is not the point of my writing. I am quicker to point out that the unblemished sense of quality family-time here is unparallel to other places I have seen in Israel. I do not deny that there is much to improve in this city as in many cities. I choose to focus on the positive. Charity is an incredibly important aspect of Judaism and Bnei Brak, being a city known for its religious residents reflects this perfectly.

Let me start by setting the record straight. Charity is an imperfect translation of the Jewish concept of “Tzeddakah”. Tzeddakah is a Hebrew word that has the Hebrew word “Tzedek” at its core. “Tzedek” means “justice”- not exactly the association that the word “charity” conjures up. In Judaism, the concept of helping others financially is not something that is done out of the goodness of one’s heart- it is a just act of making sure that all parts of society are cared for.

As for the dry facts- ten percent is the recommended amount that a Jewish person should be giving- based on the verse in Deuteronomy (14:22), “You shall surely tithe all the seed of the crop that the field gives forth…”. Twenty per cent of one’s earnings is the maximum that a Jewish person is expected to give from his earnings- above that is too much.

Maimonides & the Eight Levels of Tzeddakah

On a wider scale, eight levels of Tzeddakah are outlined by Maimonides in his Mishneh Torah (code of Jewish Law) with the greatest level being described as supporting a other s by loaning him the money needed to get on his feet, entering a partnership with him, finding employment for him- anything in order to ensure that he is no longer dependent on others. The eight levels are fascinating and contain a great deal of wisdom that people follow until today- the Chinese proverb, “Give a man a fish and you feed him for a day. Teach a man to fish and you feed him for a lifetime,” comes to mind here as Rambam noted all those centuries ago that the greatest justice one can do in society is help those in need to become independent and not teach them to be reliant on others.

Tzeddakah in other Religions

I was interested to take a glance at the practice of giving to others in other religions, keeping in mind that on many occasions, religions have a lot more common factors between them than differences.

Unsurprisingly, in Islam, giving to others is one of the five pillars upon which Islam is based, with an obligation of giving 2.5% of one’s income (the word for giving money is unsurprisingly close to the Hebrew word- “Zakat” due to the Semitic roots of both languages.

Christianity views charity as the greatest of three theological values and is valued as a reflection of the benevolent nature of god. Tithing is apparently a practice carried out by some but not all Christians.

Does One’s Financial Standing Affect One’s Giving? Apparently- but not how you’d expect…
Obviously, not only religious people help those in need- I believe that most human-beings have a natural tendency to want to help human beings who are in need. On a slight tangent- there was a fascinating piece in The Seattle Times in 2009 that presented an interesting bit of information- America’s poor are more generous than wealthy Americans- now that’s food for thought… 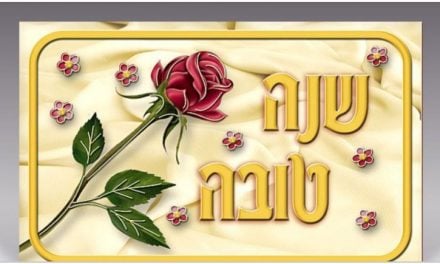 The Significance of the Shofar’s Call