How did the Omer come about?

During the times when the Temple was still standing in Jerusalem, the Jewish people would bring a barley offering on the second day of the Passover offering. This offering was called the “Omer” and practically would mean that recently-harvested grains could now be consumed.

The Torah commands the Jewish people to “count the Omer” from the second day of Passover up until the festival of Shavuot- a total of fifty days. The Omer is considered a perfect time for introspection and self-improvement in anticipation of the holiday of Shavuot.

So, how does one count the Omer?

According to the Jewish calendar, days start the evening before and as a result the Omer is counted every evening after nightfall which works out about thirty minutes after sunset. Before counting the Omer, one recites a blessing. If one forgets to count the Omer one night, then one can make it up in the daytime the following day but does so without a blessing.
The counting of the Omer involves announcing the number of days and weeks- after the first six days it becomes possible to start counting weeks as well as days. It is important to know that one must say the blessing before announcing the count for that night. The blessing recited over the counting translates as follows, “Blessed are You, G-d, King of the Universe, Who made us holy with His commandments, and commanded us to count the Omer.”

One may count the Omer with a blessing only if one has counted the Omer the night before and one has not missed any of the previous countings. Therefore, if one forgets to count the Omer one evening and didn’t remember until the following evening, he can continue counting but may not count with a blessing from then onwards. The reason for this law is that regarding the Omer it is written in the Torah, “Seven weeks, they shall be completed,” and according to many opinions if one misses counting even a single day then the Omer period can no longer be considered “complete.”

Are there any special observances in the Omer period?

The Talmud teaches us that Rabbi Akiva had 24,000 students who died during the Omer due to their not treating each other with sufficient respect. Due to these tragic deaths, the thirty-three days from Passover to Lab B’Omer are observed as days of mourning which means that weddings, listening to music and haircuts are forbidden.

What is Lag B’Omer?

The thirty-third day of the Omer period is known as Lag B’Omer and on this day the death of the great Talmudic sage, Rabbi Shimon Bar Yochai is marked. The day is actually a day of celebration because tradition tells us that on the day of his death Rabbi Shimon revealed secrets of the mystical Torah.

There is a tradition to make a pilgrimage to the tomb of Rabbi Shimon in Meron in the Galilee. There are usually about 250,000 pilgrims who visit the tomb on Lab B’Omer who come to pray, dance and celebrate the wonderful spiritual treasures that Rabbi Shimon left behind.

It is also customary to light bonfires in order to celebrate the great light that Rabbi Shimon brought to the world and for weeks before Lag B’Omer one will see Israeli children scavenging wood in anticipation of the huge bonfires they will build. 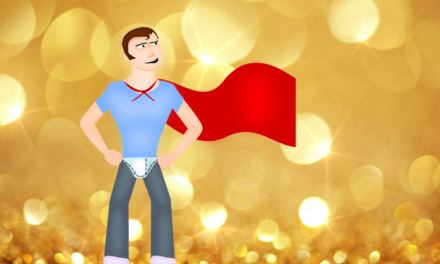 Laws relating to Counting the Omer