The Power of the Evil Eye 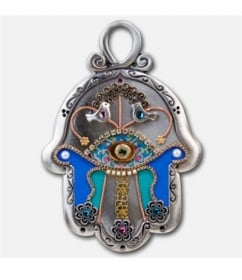 One who spends some time around Israeli people may notice that after mentioning a source of happiness such as children, good fortune, etc, some are prone to follow it up with, “Bli Ayin Hara,” which translates literally to mean, “Without the Evil Eye.” Speakers of Yiddish prefer, “Ken Ayin Hara,” while those with Eastern origins may say, “Hamsa.” The question often arises whether this idea of an “evil eye” that can take away the good that one is experiencing is simply a superstition or whether it has some real source in Judaism.

It is interesting to observe that the first reference to Ayin Hara can be found in the Bible when the matriarch Sarah apparently gave her maidservant Hagar an Ayin Hara which caused her to miscarry her first pregnancy. Additionally, it is related that the patriarch Jacob warned his sons not to be seen together as this could invoke an Ayin Hara. Furthermore, in the section of the Bible known as Prophets, we learn that King Saul’s jealousy of King David’s military success results in him being afflicted with an Ayin Hara.

Evil Eyes in the Talmud

If one looks at source from Jewish Oral Law once also finds proof of the concept of Ayin Hara. Rabbi Jochanan is quoted as saying that he is a descendant of Joseph and therefore the Ayin Hara has no control over him. Indeed the phrase Ben Porat Yosef (Ben meaning son, Porat being connected to fertility and Yosef meaning Joseph) is also commonly used today as a virtue and protection against Ayin Hara. Therefore when praising someone it is customary, in some Jewish circles, to replace his name with the phrase Ben Porat Yosef.

It is also found in the Talmud that fish represent a life-form that is completely free and unaffected by the influences of Ayin Hara. Furthermore it is relayed there that a first-born daughter prevents Ayin Hara from having any effect on the family. The concept of an evil eye also has ramifications in Jewish Law. In the Talmud it is taught that one may not stand in one’s neighbor’s fields when they crops are fully grown and the commentator Rashi explains that this is due to the effects of Ayin Hara.

Rabbi Dessler Tackles the Idea of an Evil Eye

Rabbi Eliyahu Dessler ( a twentieth century Rabbi, Talmudic scholar and philosopher) asked his father in a letter how such a system can be fair, whereby people suffer because of the jealousies of another (Ayin Hara is believed to be the evil eye of a jealous person that causes evil to befall a person). His father answered him that the person who has the possessions that others have looked on upon with jealousy was careless and flaunted his possession causing jealousy to arise. This jealousy causes the other to cry out in pain and his cry rises up to the Heavenly Court.

How to Prevent the Evil Eye from Affecting You

The powerful lesson to be learnt from this correspondence is that we must employ sensitivity and be careful not to flaunt what we have. It is only human to want what others have and to even suffer pain due to them flaunting what they have. One of the Ten Commandments is not to covet but human-beings are not angels, we are works in progress and we should be striving not to make life more difficult for others. One who does make life painful for others is therefore punished according to Divine Justice.

Can Amulets Protect you from the Evil Eye?

There are many amulets sold nowadays that promise to protect the wearer from the evil eye such as Hamsas, red strings that have been blessed and wrapped around righteous people’s graves, Kabbalah Jewelry that incorporates Kabbalistic phrases. There is nothing wrong with wearing these but it is not particularly Jewish to believe that these will protect you. Only G-d can protect. The amulets can be a beautiful way of constantly reminding oneself of His protection but have no independent powers of their own.

How to Care for your Skin when Summer changes to Fall 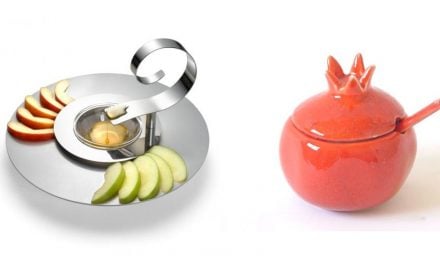