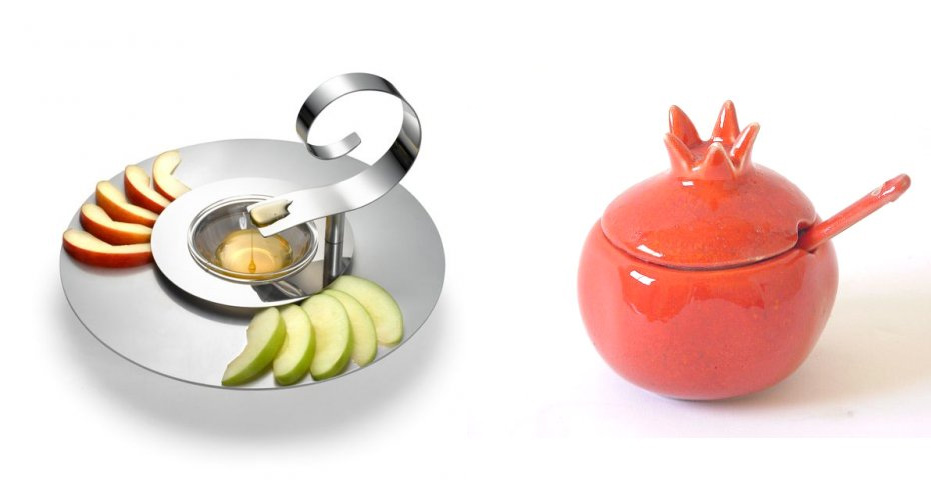 Rosh Hashanah is the Jewish New Year that falls on the first and
second days of the Jewish month of Tishrei, at the end of the summer. Want to know some interesting facts about this Jewish holiday? Read on…

1. Rosh Hashanah is the celebration of the creation of the world and is said to have been the sixth day of creation, when man and woman were created.

2. On the very first Rosh Hashanah Adam and Eve sinned in the Garden of Eden, G-d judged them and forgave them. After this He said that just as they were judged by Him on this day and were forgiven, so too their descendants will be judged and forgiven on this day.

3. The majority of the festival of Rosh Hashanah is spent in synagogue, the House of Prayer with special services for Rosh Hashanah taking place.

4. A ram’s horn is blown during prayer services on Rosh Hashanah so as to arouse the people to repent and change their ways.

5. There are many symbolic foods eaten on Rosh
Hashanah that have special meanings pertaining to the festival. The classic example is apple dipped in honey which represents the hope for a sweet new year. Many have the custom to recite special blessings before eating the symbolic foods, referring to the special meaning that each food carries.

6. There is a special greeting with which Jewish people greet one another on Rosh Hashanah; “Shana Tova,” meaning, “A Good Year,” i.e. You should have a good year.

7. On all Jewish holidays and Sabbaths a special egg-bread called a Challah is served at the beginning of the meal. It is traditionally braided. On Rosh Hashanah there is a custom to serve round Challah loaves which are meant to represent the circular nature of the year and the life-span. Raisins are commonly added, once again in order to symbolize the desire for a sweet new year. There are also those who shape their Challah loaves in the shape of ladders, symbolizing their desire to climb upwards spiritually in the coming year.

8. The date of Rosh Hashanah changes in the Gregorian Calendar from year to year as the Jewish calendar is a solar one and does not match the Gregorian one precisely.

9. There is a custom to place a fish head on the festive table when eating the Rosh Hashanah meals. The fish is recognized in Judaism as a symbol of fertility and prosperity and in the same way that a fish cannot live out of water so too this represents the fact that Jewish people cannot live without Torah (which is likened to water).

10. There is a tradition that pomegranates contain 613 seeds which is the amount of commandments in the Jewish Bible. It is therefore customary to eat pomegranates on Rosh Hashanah, in hope that in the coming year the eaters will be as full of good deeds as the pomegranate is of seeds.

Rosh Hashanah is a two-day Jewish Festival that occurs on the first and second day of the Hebrew month of Tishrei. The Festival falls at the beginning of fall. “Rosh Hashanah” is translated to mean “Head of the Year” as the Jewish new year begins on it.

The day is considered a day of repentance for the entire world. It is believed that on this day each person comes in front of G-d and his good and bad deeds are detailed before him, after which, based on this, how the coming year will fare for that person is decided. The reason that Rosh Hashanah is a day of repentance is that it is also the birthday of mankind; the day on which the first human beings were created. It is therefore the day on which our connection to G-d is renewed and we show G-d that we want to continue to be a part of His covenant.

Religious Jews spend a great deal of the festivals in the Synagogue, praying. The praying has both personal and communal aspects as we re-accept G-d as both our personal and communal King. The horn of a Kosher animal called a Shofar is blown. The Shofar sound is meant to rouse the people to do repentance as it sounds like a wail. It is also blown in the same way that trumpets are blown at a king’s coronation- as we are crowning G-d, it is suitable to play instruments reminiscent of trumpets.

Apple dipped in honey is traditionally eaten on Rosh Hashanah. This symbolizes our desire for a year filled with sweetness. Many other symbolic foods are also consumed at the meals, with many foods being eaten due to their name in Hebrew being similar to another word in Hebrew that represents some kind of blessing that we wish upon ourselves for the coming year.

It is customary for people to bless one another with the phrase “Leshanah Tovah Tikateiv Veteichateim”, meaning “You should we inscribed and sealed for a good year”.

There is a unique prayer called Tashlich that is recited on Rosh Hashanah in the afternoon. It is recited by a body of water as we are symbolically casting our sins into the water. This represents the abandonment of our old ways as we look towards a brighter future.

What roles did the Shofar play in Biblical times?