There’s a reason why legendary beauties like Cleopatra and the Queen of Sheba bathed in the waters of the Dead Sea. Today, men and women around the world are demanding Dead Sea products because of their nearly miraculous cosmetic and healing effects. It’s amazing to think that mud could be the cause of so much buzz, but it’s true. Celebrities and other people in the know are using Dead Sea cosmetics as part of their daily and leisurely spa routines. 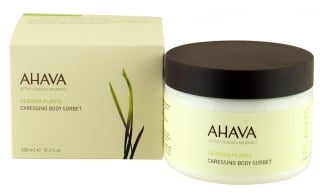 The Dead Sea isn’t actually a sea; it’s a lake that was formed by an upheaval of land that occurred between Syria and Africa that created a large crack or fault in the earth about three million years ago. The cataclysm released minerals from deep within the earth, and caused salt water springs to gush forth and create the Dead Sea.

Throughout time, the water level in the Dead Sea has dropped, revealing rich salt and mineral deposits that are now being used in Dead Sea cosmetics. It is reputed that the mineral-rich mud of the Dead Sea aids in circulation and can help heal psoriatic arthritis. There is also a theory that the combination of minerals in the Dead Sea encourages skin cell growth and stimulates circulation.

Dead Sea minerals have successfully been used for a number of different treatments, like acne, psoriasis, rash, dandruff, anti-aging creams, arthritis, rheumatism, and inflammation. And Dead Sea salt baths are used like epsom salts to draw out toxins from the skin through osmosis and to relax sore muscles.

The following minerals are reputed to perform these necessary functions:

For a long time, the healing power of Dead Sea products was only available to expensive spa clients. Now they are on the Internet at special introductory prices so that you can try these amazing products for yourself. You can save by purchasing larger quantities once you find the products that work for you.

Harness the ancient power of Dead Sea cosmetics in your home today and live a legendary life. Your skin is worth it. Get on the Internet now to learn more about the fascinating science behind these products that can help make you look fresher, younger and more beautiful today.