The Significance of the Different Notes of the Shofar

On the Jewish New Year, the Jewish people are commanded to blow the Shofar. The Shofar is a horn fashioned from a kosher animal. The Shofar is blown in Jewish houses of prayer that are known as Synagogues. Every single member of the Jewish nation is obliged to hear the Shofar being blown. There are three basic sounds of the Shofar– Tekiah, Shevarim and Teruah.

In the Bible (Torah in Hebrew), the Jewish New Year, which is known in our days as Rosh Hashanah is called Yom Teruah. The Sages in the Talmud discussed the Teruah sound and agreed that it refers to a blast that resembles crying. There was a difference of opinions as to whether the crying was of the melancholy moaning kind or of the uncontrolled staccato sound. As a result, both possibilities were honored and today the Shevarim, made up of three medium length sounds and akin to sighing, as well as the Teruah, connoting uncontrollable crying and made up of nine short sounds, and a combination of the two known as the Shevarim-Teruah are sounded.

Directly before and immediately after these sounds is the Tekiah which is a long, simple blast that alludes to many things- it can be regarded as a summons to gather together, as a wakeup call, as a way to greet the King and a sound of rejoicing.

The inconsistency between the crying sounds of the Teruah and Shevarim and the joyful sounds of the Tekiah are quite apparent and this paradox teaches an important aspect of Rosh Hashanah. On the one hand, Rosh Hashanah is a very joyful day on which we praise G-d through heartfelt prayers and crown Him as King of the Universe. On the other hand, it is also a very serious day of reflection when each soul comes before G-d to be judged and our lives and future are very literally on the line.

The arrangement of the Shofar blasts on Rosh Hashanah reflects this reality. Rabbi Menachem Mendel of Kotzk said, “There is nothing more complete than a broken heart.” Rosh Hashanah is the time of opening our hearts as we express our desires to correct our ways and to draw close to G-d.  These powerful emotions are enveloped by the Tekiah; the hope, trust and joy that it represents. 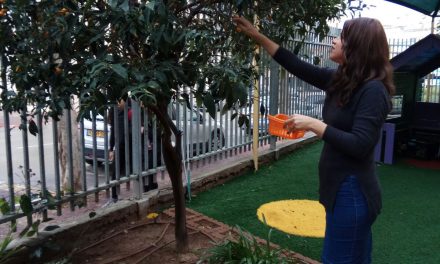