In the book of Exodus it is written, “Remember the Sabbath day to sanctify it.”  We learn from this verse that we are obliged to sanctify the Sabbath day when it enters with Kiddush and sanctifying when it departs with Havdalah. Kiddush is the act of blessing the day over a cup of wine and Havdalah is the act of blessing the difference between that which is holy and that which is mundane over a cup of wine at the end of the Sabbath when the holiness of the Sabbath departs and the mundane week begins. 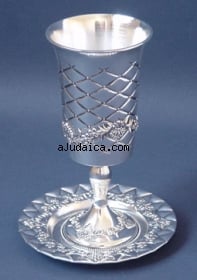 We learnt that this sanctification of the Sabbath day is done over a cup of wine from the Sages. It was also due to the Sages that Kiddush is recited on Sabbath in the day before the daytime meal (in addition to the Kiddush done on Friday night at the beginning of the evening Sabbath meal).

Jewish people are forbidden to eat or drink before hearing Kiddush. The prohibition to eat or drink begins at sundown on Friday night and in the case of the Sabbath day, begins after the Shacharit prayer in the morning. Kiddush is traditionally recited over wine or grape juice but if neither of those are available then it is permissible to recite Kiddush over Challah- the two festive loaves of bread that are made especially for the Sabbath day.

In ancient times when the majority of non-Jewish people were pagan, it was wide-spread practice to use wine as a libation for idols. It is forbidden in Judaism to derive any benefit from an object that was used as an offering for an idol and the Rabbis therefore forbade any wine that was handled by a non-Jew  out of fear that the wine could have been offered by the non-Jew to his deity. This is also the case regarding grape juice. If the wine or grape juice were cooked (Mevushal in Hebrew) then this rule does not apply as cooking renders the wine unfit for libation.

In the event that someone has taken a sip from a cup of wine, it is forbidden to use leftovers of that wine for Kiddush as it is considered tainted. One can overcome this problem by pouring in any amount of untainted wine- even a miniscule amount.

The Kiddush cup is often a special cup that is set aside solely for use on the Sabbath and festivals. It is considered disrespectful to use a cup that is chipped and broken. 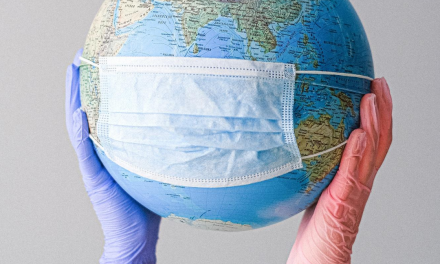 Not blowing Rosh Hashana way out of proportion