Counting of the Omer

What is the Omer?

The Omer is the period of time that falls between the festivals of Pesach and Shavuot. An Omer is actually a unit of measure. In the time of the Temple, on the second day of Pesach an omer of barley was cut and brought to the Temple as an offering- this offering was referred to as the Omer.

What is the Biblical source for the Omer?

In the book of Leviticus we find written,

Additionally it is written in the book of Deuteronomy,

“You shall count for yourselves seven weeks; from when the sickle is first put to the standing crop shall you begin counting seven weeks. Then you will observe the festival of Shavuot for the L-rd your G-d.” (16:9-10)

How do we mark the Omer today?

Every night, from the second night of Pesach until the night before Shavuot, a blessing is recited and the count of the Omer is stated in both weeks and days. For example, on the sixteenth day of the Omer we say, “Today is sixteen days, which is two weeks and two days of the Omer.”

What is the Omer meant to remind us?

Why is the Omer considered a time of partial mourning?

During the Omer, weddings, parties and dinners with dancing are not held and haircuts are not permitted. This is due to the fact that during this time in the period of Rabbi Akiva, there was a plague that wiped out thousands of his disciples.

What is Lag B’Omer?

Lag B’Omer is the 33rd day of the Omer, which falls on the eighteenth day of the month of Iyar and it is a minor holiday which commemorates a break in the devastating plague in the time of Rabbi Akiva. The mourning practices are lifted on Lag B’Omer.

Why was there a difference of opinion regarding when the counting of the Omer begins?

The Pharisees believed in both the Oral and Written Torah and due to the fact that the Oral Torah fixed that the word “Shabbat” in Leviticus 23:15 refers to the first day of Pesach, the counting begins on the second night of Pesach. This is the view held by most Jews today. The Sadducees rejected the idea of an Oral Torah and believed that the aforementioned “Shabbat” refers to the Shabbat day. Therefore, they would begin counting the Omer on a Saturday night during Pesach. The Sadducees no longer exist and only a small sect, called the Karaites, follow this view. 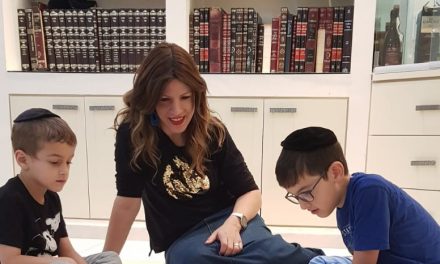 All About the Ink, Pen, Lines and Script of Mezuzahs, Tefillin and Torah Scrolls