Purim Customs from Around the World

Purim is a minor Jewish festival, celebrated on the fourteenth day of the Hebrew month of Adar. The name Purim means “lots” and is in memory of the lots that were drawn by the enemy of the Jewish people, Haman, in order to decide on which day to annihilate the Jews. The Jews were miraculously saved from his evil plot and have celebrated ever since on this day. 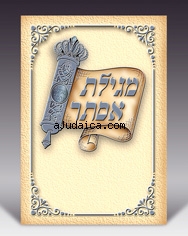 As with every Jewish festival, customs vary from place to place in the world. Here are some interesting examples of different customs from all over the globe:

Torah according to the Sages