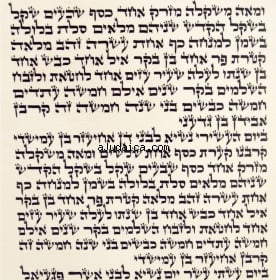 Firstly, there are several non-standard methods of counting that will allow one to arrive at 600.000 letters. For example, the founder of Chabad, Rabbi Shneur Zalman of Liadi, provided a different way of counting which is to count vowel letters that are not included in the text but are implied in the pronunciation of the word. If all these vowels were written out, there would be far more letters in the Torah scroll.

Additionally, there is another view that explains that the count of 304,805 letters refers only to the letters that can be seen in black ink against the white parchment. However, there are also letters in white against black. The heavenly, non-physical version of the Torah is described as black fire on white fire with both the black and white being equally as important. The black letters are those that we can see. The white space- the inverse space between the black letters- are the letters we don’t see and the count of 600,000 includes both black and white letters.

With this in mind, provides us with an additional insight into the laws regarding the writing of a Torah scroll. There is a law that states that if a letter in the Torah scroll does not have space around it then the entire scroll is invalid even though all letters are complete. This is now easy to understand because although the visible, black letters are all visible, a hidden white letter is hidden.

Additionally, there is an added dimension to the inverse letters. 600,000 letters correspond to the 600,000 souls of Israel. Although there are far more Jewish people than 600,000, this number refers to a number of general souls which are divided into individual sparks that become the souls of Jewish people. Some souls are represented by the black letters in the Torah scroll- their place in Torah is clear; it guides them and is the purpose of their life. The black stands out strongly against the white surrounding space.

Some people are represented by the inverse, white letters- they don’t see with ease where they fit into Torah; the inverse space isn’t seen in its own right- it simply enables the black letters to be seen. One soul may be helping another soul to shine but nonetheless such a soul is integral because if the black letters are lacking the surrounding white letters, as the entire scroll is invalid.

What do the foods on the Seder Plate symbolize?

Need an idea for a Jewish Gift for the Home? Look no Further…

Laws relating to Counting the Omer