Rabbi Menachem Mendel Schneerson, the Lubavitcher Rebbe and leader of the Chabad movement, coined the term Mitzvah Campaigns, which were also known as Mivtzo’im in Hebrew. Mitzvah Campaigns refer to initiatives through which he called out to followers and to all Jews to reach out to those Jews who were less affiliated and encourage them to undertake certain Jewish practices. The Rebbe believed that ten “beginner’s commandments” should be the focus of this campaign- ten commandments that are central in a Torah way of life and are therefore suitable to those first experiencing a connection to G-d’s commandments. 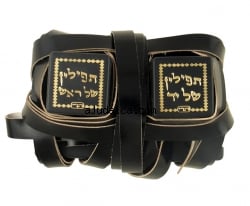 The slogan that encapsulated the Mitzvah Campaigns was the Hebrew word Uforatzto/ופרצת meaning “you shall spread out”. This word originates in G-d’s words to Jacob “You shall spread out to the west, to the east, to the north and to the south.” Genesis 28:14 Rabbi Schneerson borrowed this term to refer to the global scale of the of the outreach activities he was promoting.

The very first Mitzvah Campaign was the Tefillin Campaign which was an international campaign led by Chabad Hasidim to encourage all Jewish males, regardless of religiosity, to fulfill the commandment of putting on Tefillin daily. This campaign was announced by the Rebbe two days before the outbreak of the Six Day War- June 3, 1967. After the victory of the Six Day War and liberation of the Western Wall the Rebbe intensified the campaign and as a direct result hundreds of thousands of Jews put on Tefillin, many for the first time in their lives. The “Action Tefillin” Campaign was intensified, under the Rebbe’s instructions in Israel and a Tefillin booth was set up by the Western Wall so that anyone who came to visit the Wall would have the opportunity to put on Tefillin.

Rabbi Schneerson explained the reason for choosing Tefillin as one of the ten campaigns in two ways. Firstly, he pointed out that there is a Talmudic tractate of Rosh Hashanah (17a) that states that once a Jew wears Tefillin on his head- even if just once in his lifetime- he falls into a different category as a Jew. Secondly, the Rebbe explained that “when a Jew in Miami sees pictures of Jews at the Western Wall wearing Tefillin, he gets an urge to put on Tefillin himself.”

Candles, Spirituality and You 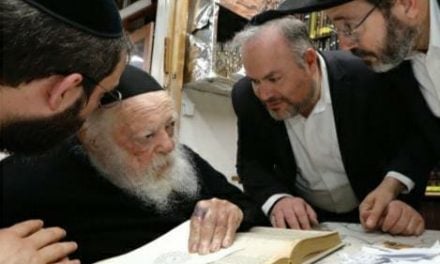