Rosh Hashanah is a two-day Jewish Festival that occurs on the first and second day of the Hebrew month of Tishrei. The Festival falls at the beginning of fall. “Rosh Hashanah” is translated to mean “Head of the Year” as the Jewish new year begins on it. 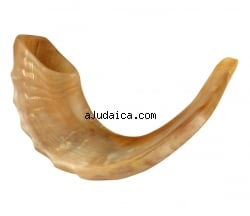 The day is considered a day of repentance for the entire world. It is believed that on this day each person comes in front of G-d and his good and bad deeds are detailed before him, after which, based on this, how the coming year will fare for that person is decided. The reason that Rosh Hashanah is a day of repentance is that it is also the birthday of mankind; the day on which the first human-beings were created. It is therefore the day on which our connection to G-d is renewed and we show G-d that we want to continue to be a part of His covenant.

Religious Jews spend a great deal of the festival in the Synagogue, praying. The praying has both personal and communal aspects as we re-accept G-d as both our personal and communal King. The horn of a Kosher animal, called a Shofar is blown. The Shofar sound is meant to rouse the people to do repentance as it sounds like a wail. It is also blown in the same way that trumpets are blown at a king’s coronation- as we are crowning G-d, it is suitable to play instruments reminiscent of trumpets.

Apple dipped in honey is traditionally eaten on Rosh Hashanah. This symbolizes our desire for a year filled with sweetness. Many other symbolic foods are also consumed at the meals, with many foods being eaten due to their name in Hebrew being similar to another word in Hebrew that represents some kind of blessing that we wish upon ourselves for the coming year.

It is customary for people to bless one another with the phrase “Leshanah Tovah Tikateiv Veteichateim”, meaning “You should we inscribed and sealed for a good year”.

There is a unique prayer called Tashlich that is recited on Rosh Hashanah in the afternoon. It is recited by a body of water as we are symbolically casting our sins into the water. This represents our abandonment of our old ways as we look towards a brighter future.