The Message of Shavuot

The Jewish festival of Shavuot falls out on the sixth day of the Hebrew month of Sivan, usually in late May or early June. It is the festival on which we celebrate the giving of the Torah by G-d to the Jewish people on Mount Sinai in the desert. Why, of all places, did G-d choose to give over His Torah in the desert?

Well, to start with, perhaps a look at a saying of the Rabbis in Eruvin will provide some light on the matter; “a person should make himself into a desert”. This is explained as meaning that just as the desert is ownerless, a place that everyone treads on, so too one must make oneself humble, empty of pride and open to sharing his Torah knowledge. The human being must make himself a vessel that is available to hold Torah.

Additionally, in ancient times, deserts were not territorial properties of any nations. Thank-G-d the Jewish people has merited in our times to see the revival of the land of Israel and together with this the revival of Torah upheld in Israel. It must never be forgotten however that for centuries it was the Torah that upheld the Jewish people, when they were scattered across the face of the globe. The traditions, values and commandments were what held us together, even when performed outside of the Jewish land. The Torah is beyond time and space. It carries the Jewish people wherever they may be at all times.

In Israel of today, sixty percent of the land is desert land and a mere ten percent of the population lives there. This is not by chance. The desert is challenging place to settle, it is hard to build there and it is hard to tempt people to leave civilization as they know it in order to settle the sandy dunes. The desert, in relation to the rest of Israel, is relatively unsettled, uncontrolled.

G-d gave the Torah in the desert because he wanted it to be given in a place that had no owners, no social or political context. He wanted it to be a union of the Jewish people and his Torah. Period. After we received the Torah, we travelled on to Israel.

Once G-d felt that His message had been internalized- the Torah belongs to no specific time period or context and is equally mine as it is yours- we could travel out into the world and bring His lofty Torah down into all the time periods, contexts and places that we live in.

We should merit to succeed in realizing the message of Shavuot every day and make the Torah relevant in every aspect of our lives.

The festival of Shavuot is celebrated in commemoration of the revelation at Mount Sinai. There are a number of beautiful and interesting customs connected with the day;

Ruth is probably the most famous convert to Judaism and her story is recounted in the Scroll of Ruth. One of the main reasons given for why the Scroll of Ruth is read on the festival of Shavuot is that the revelation at Sinai was a kind of mass conversion of the Jewish people.

The custom of eating dairy foods on Shavuot is quite an unusual one in Judaism, as a religion that views the eating of meat as an integral part of celebrating festivals. A number of reasons are provided for this custom;

According to Midrashic legends, the Jewish people were scolded for sleeping the night before they received the Torah. It is relayed that G-d had to awake them with the sound of the Shofar and thunder and lightning. Therefore, sixteenth century Kabbalists in Tzfat, Israel, created Tikkun Leil Shavuot, which contains readings from the Bible, Talmud and Kabbalah and would be read all night long as a way of repairing the mistake of the Jewish people on the eve of receiving the Torah.

Another Shavuot tradition is to decorate the Synagogue and home with greenery and flowers. According to the Midrash, Mount Sinai flowered miraculously in anticipation of the Torah’s arrival and the decorations symbolize this miracle. Additionally, according to Jewish Mysticism, G-d dulled mans’ senses as a punishment for the sin of Adam and Eve in the Garden of Eden- the only sense left intact was scent. When G-d gave the Torah, He renewed the world and began repairing the breach by tugging on the sensual thread of scent, the only one that had never been severed. 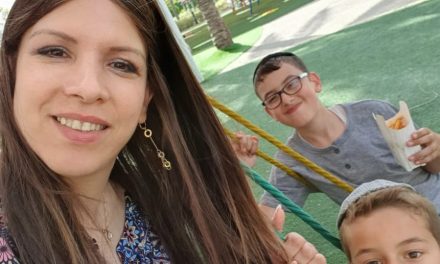 THIS PURIM: To Be or Not To Be – That Is The Question!!

Tzitzit as the connection between heaven and earth